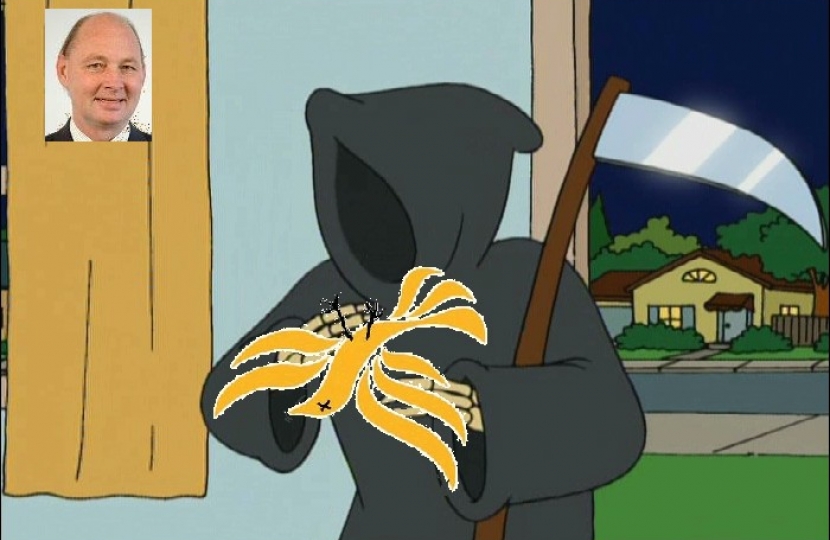 Harborough Lib Dems appear to have dumped Simon Galton as their leader. David Sprason adds his viewpoint in the article below.

David Sprason, Conservative County Councillor for Markfield, Desford & Thornton comments on Simon Galton’s removal as leader at Harborough DC, but what happens next?

Ruthless Liberal Democrat councillors seem to have removed their beloved leader at Harborough DC and replaced him with a relative unknown in the form of Phil Knowles.

This may turn out to be vicious rumour and innuendo, but no comment has been published thusfar from Lib Dem guru and East Midlands PR supremo,  Stuart Bray. Or from the man himself, Simon Galton, for that matter.

Perhaps Mr Bray is biding his time for the press release.  Indeed, working out the right thing to say is critical in politics. In recent weeks Mr Bray has made comments criticising the residents of Barwell and their resounding rejection of the Lib Dem Borough Council’s plans for 2,500 houses and bulldozing open countryside, calling their views “totally meaningless” (see The Hinckley Times 31 May 2012 p9 “D-day for villagers as they get chance to have a say”).  Fellow  Lib Dem Cllr, Mathew Hulbert, went further on a recent BBC Radio Leicester interview describing the Barwell referendum as “a non-event.”