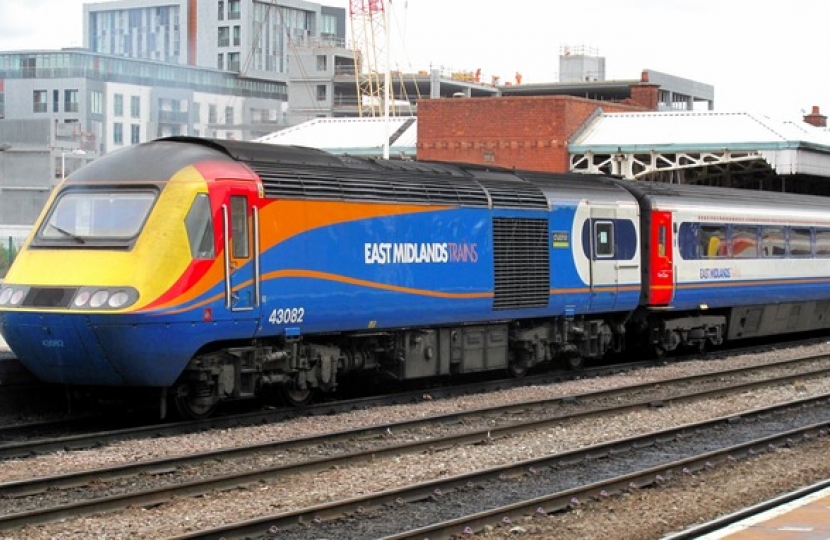 The Government is being urged to order new trains now, to ensure the quality and frequency of Leicestershire-London services is not worsened by electrification delays.

Leicestershire County Council and local MPs fear that second-hand, slower trains could be introduced after 2020, unless an order for new trains is submitted soon.

Councillor Peter Osborne, the county council’s cabinet member for transport, said: “With delays to electrification and the imminent withdrawal of the old High Speed Trains, we need the Government to order new, 125mph bi-mode trains. These trains can use diesel or electric power, so they can still be used when the line is electrified.

“If the Government doesn’t make a decision soon, we won’t have new trains in time for 2020 – and that could mean a less frequent service, using second-hand trains from other areas.

“Slower trains would damage our local economy – Department for Transport figures suggest every minute lost on journey times from Leicester-London costs our economy £180 million. We literally can’t afford to worsen our existing, excellent service – we need to improve it further.”

The council is concerned that electrification north of Kettering, through Leicestershire, has already been delayed from 2019 to 2023 and industry experts predict it could be delayed again, due to the rising costs of Network Rail schemes across the country.

The line’s 12 40-year-old, 125mph High Speed Trains (HSTs) are due to be withdrawn in 2020 and new electric trains cannot replace them until the wires are installed, several years later.

Fears are mounting that the HSTs will be replaced by slower, second-hand trains from other lines, which could reduce the number of services that can be accommodated on the line between Leicester and London.

The county council believes that the solution is to order new, 125mph bi-mode trains – capable of running on electrified and un-electrified lines. They could continue to be used after the wires are installed and would be fast enough to ensure the current, frequent timetable to London could be maintained.

Bi-mode trains are already being ordered for other parts of the country, such as the Great Western Main Line and the East Coast Main Line.

The county council has briefed Leicestershire MPs and encouraged them to raise the issue with the Government.

Sir Edward Garnier, MP for Harborough said, “If it’s true that Network Rail are putting MML to the back of the queue I would be very concerned.  Harborough residents have been promised upgrades and improvements by the Government so we need action soon. The Midland Mainline and the rolling stock must be modernized. It’s essential for the economy, jobs and tourism and, most directly, to enable my constituents to get to London or Sheffield and anywhere in between as quickly and safely as possible. I trust the Transport Secretary, Chris Grayling will give us some answers as soon as possible.”