Neil O'Brien OBE has worked within No. 10 for several years and was an adviser to the Prime Minister on the economy, specifically working with employers in the Midlands on the "Midlands Engine" plan - the government's strategy to boost the economy by investing in the infrastructure and skills here and in turn attracting new businesses and more good jobs to the Midlands.

Neil's wife Jemma is a doctor, and their little daughter Florence was born in an NHS hospital - so fighting for good NHS services locally will be a top priority!

Neil says, "Since she became PM I've been working for Theresa May in Downing Street. She's a brilliant boss and a strong leader for Britain.

"I'm standing for the Conservatives here because our excellent former Conservative MP, Sir Edward Garnier, has retired. He's an amazing man and has helped a lot of people here over the last 25 years!

"I want to follow in his footsteps as a strong local constituency MP for everyone in Harborough, Oadby and Wigston."

During the election campaign in 2017, Neil had several key objectives:

We do need to build more houses - but we won't get anywhere with a broken planning system that doesn't have people's consent. 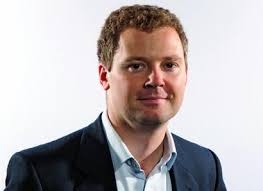 Constituents are welcome to write to me but please note there is a strict rule that MPs do not take up cases involving the constituents of other MPs. When this happens, the correspondence will be forwarded on to the MP for the person writing.

If the reason for your writing to me involves local or national authorities and you have a reference number relating to your case, please could you include this within your correspondence to me.