Prior to his election, Rupert worked in publishing writing a wide variety of children's and history books, including one on The Battle of Lincoln and food and drink in Leicestershire.

Rupert was previously a European candidate in 2009 for the East Midlands.

Rupert's campaigning across the East Midlands Region has made a real difference for the Conservative Party. In 2012 he campaigned in all five of the Police and Crime Commissioner Elections, visiting each county in the East Midlands during Election Week. At the 2010 General Election Rupert campaigned in several target seats, helping our candidates to win seats from Labour.

Since being selected to represent you in the European Parliament Rupert is working hard to ensure your voice is heard in Brussels. 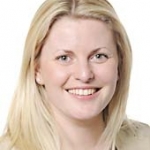 Emma was born and brought up in Stroud, Gloucestershire and was educated at her local grammar school, Stroud Girls High School. Emma then graduated from Bournemouth University with a degree in Law and went on to work as a Legal Clerk in a law firm.