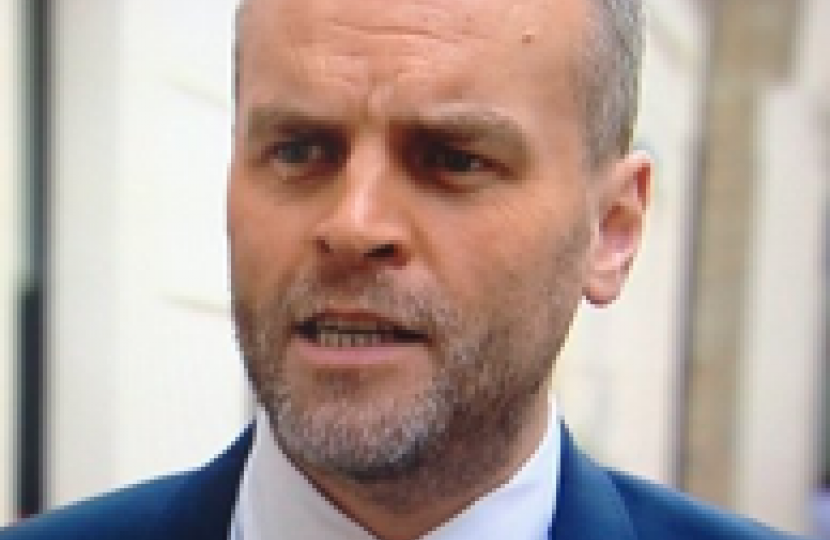 The differences I have with Matthew Parris are strategic rather than personal, but they’re certainly not trivial. Matthew and I are, on the face of it, supporters of the same party, but I have read some of Matthew’s recent articles and have disagreed more with them than with many pieces written by people in other political parties.

I don’t want to start with now, however, and our parochial differences. Instead, I want to transport us back to another time. A time so far away that no one had even heard of David Beckham. The great Manchester United player hadn’t even got one tattoo. It’s 1992. Charles and Diana are still married – if not happily. No ordinary family has internet in their homes. Not a single ball has been kicked in the premiership. It was the last year in which the Conservatives won a parliamentary majority. And perhaps the last year they ever will. 22 years ago. The party that was the most successful of its kind in the 20th century has ceased to be successful.

When David Cameron became Tory leader in 2005 he was not wrong to argue that the Conservative Party needed to change. It clearly did. But he went about changing the party in the wrong way.

Remember how he started his leadership? Talk about Europe and immigration was banned. There were to be no unfunded tax cuts. He and George Osborne were promising to match Gordon Brown’s spend-a-thon juggernaut – matching borrowed pound for borrowed pound. Cameron and Osborne rejected the tax commission led by Lord Forsyth that they had established and which had advocated a higher starting threshold for income tax. The Liberal Democrats were not first with the policy which has become one of this coalition government’s flagship policies. General Well-Being was In; old-fashioned ideas such as GDP were out. There was not going to be a reorganisation of the NHS. It was NHYes and No to grammar schools? Green was, for a while, the new blue.

One year into this extraordinary experiment in centre right politics, I met the greatest living conservative leader – John Howard – at his prime ministerial offices in Sydney. Although it was 2006, I can still vividly remember the fear he shared with me. If David Cameron carries on like this, he said, ignoring traditional Tory concerns, he’ll split the Conservative Party in two. You don’t take your wife to a dance, he said, and then dance with other women all night. Not if you want your marriage to survive.

And, of course, Howard was right. The Conservative Party is now split in a way that it has never been split before. Over half of the voters that the Conservative Party has lost since the last election have defected to UKIP. The MPs and councillors defecting to UKIP are nearly all Tory. Nigel Farage’s policies on tax, Europe, immigration and crime are all recognisably right-of-centre. This is, as a book has documented, a Revolt on the Right – a revolt against a leadership of the Conservative Party that took for granted the voters Mrs Thatcher wooed so assiduously.

No successful conservative leader anywhere in the world can win without what was called Essex Man by Maggie. Reagan Democrats in the USA. Timothy Horton voters by Canada’s Stephen Harper. Battlers by John Howard. Every successful conservative leader needs culturally conservative, economically disadvantaged voters to form a majority. Cameron tried to replace what we might call Sun readers withGuardian readers – or at least Times readers. But there simply aren’t enough people like Matthew Parris in this world for such a strategy to work! It was a project doomed to fail, and if it wasn’t for the greatest gift to conservatism of modern times – yes, I’m talking about Ed Miliband – it would be a project that would very clearly be heading for catastrophic defeat next May.

Let me be clear at this point. I’ll be voting Tory at the next election. I couldn’t support UKIP. I worry about its isolationism, its refusal to fight ISIS and Nigel Farage’s warm words about Vladimir Putin. His opposition to the foreign aid budget and gay marriage. At the Eastleigh by-election UKIP simultaneously promised to spend a lot more and tax a lot less. Even Ed Balls has a more responsible fiscal policy! Now, in reaching out to Labour voters, UKIP has become anti-reformist on the NHS, but it still promises to cut tax for the rich. Contradictions don’t always matter in opposition. The Liberal Democrats who played left in the north and right in the south were only found out in government, but UKIP is not only an incoherent political force. Its ambitions to win in Labour as well as Tory backyards are resulting in greater and greater incoherence, not less. Anyone joins this moving vehicle at their own risk. Its destination is unknown.

But to the nub of the exam question we’ve been set tonight. Should Conservatives woo UKIP’s voters or should we turn our back on them and look to the rising classes of Cambridge and Canary Wharf? We might call it “the Go Away Clacton” strategy. Of course not. The Tory modernisation that still needs to take place is one that challenges the biggest obstacle to people voting Conservative: that it is a party of the rich. On this the opinion polling is absolutely clear. Floating voters don’t see racism, sexism or homophobia as the reason they won’t vote Tory, as distasteful as these things are. It’s the idea that Tories would leave them alone in tough times. They want a right-wing party but they want that right-wing party to have a heart.

What we can learn from UKIP is that:

When many in his own party warned Cameron on all of these matters, the small, isolated clique of advisers and pollsters that he surrounded himself with blocked their ears. It has taken UKIP to put all of these important issues on to the political agenda.

A final thought before I sit down. The best politicians don’t focus on winning elections – they focus on doing the right thing for the country. And actually doing the right thing is the most sensible electoral thing to do, too. Look after the country, its economy and its security, and the opinion polls will take care of themselves. Focus on the opinion polls, and you don’t fix the country and ultimately voters won’t thank you.

It’s the danger that Cameron fell into when in the last reshuffle he moved so many of his most reforming ministers – notably Michael Gove, Owen Paterson and Nicholas Boles. Moving one or two of them might have been understandable. Moving all of them – at the same time as effectively abandoning deficit reduction – looks like a retreat from the position which gave the Conservative party its best hope: being the party of serious, patriotic reform rather than the position that Ed Miliband and Nigel Farage share – of empty populism.

And guess what? The person who has best articulated this position is my friend Matthew Parris. I think his columns on Clacton and immigration and Douglas Carswell were stinkers. But in a column from last November he wrote this:

“Futurism should lie at the heart of a 21st-century Conservative appeal. Futurism in which people can believe, futurism without science fiction, futurism shorn of the purple prose of hack speechwriters . . . a strong, imaginative, optimistic story about the projects we can begin now, the forests we can plant now, the flood-defences we can build now, the plans our draughtsmen can start working on now, all to create for the future a place where some of us may never even ourselves set foot.”

“Some time ago I visited Michael Heseltine’s arboretum in Northamptonshire. Passion undimmed, he is still planning for his arboretum, planting saplings he will never see as trees. If you want a metaphor for Conservative futurism, I can offer no better.”

Nor can I – but the Tory arboretum can’t just contain trees that Matthew likes.

Matthew worries that some in UKIP want a country where everyone looks the same. I worry that Matthew wants a party where we all think as he does. He is that very modern phenomenon that is very powerful in the Liberal Democrats – an illiberal liberal who will tolerate anyone as long as they agree with him. Just as some in UKIP hate the diversity of modern Britain, Matthew Parris and certain modernisers are in danger of becoming haters, too. Hating the politics of places like Clacton. Accusing all people who worry about immigration of being racist. Deciding that anyone who questions David Cameron is an extremist.

Hate has no place in a successful political party. The best politicians love their country and the people in it. It’s true of Boris Johnson today and it was true of Ronald Reagan in the 1980s. Their open arms conservatism is infectious. Conservatives must be a broad church – an arboretum of many trees. One where we can disagree without regarding people who have concerns about immigration as racist and where principled people who disagree with gay marriage aren’t seen as bigots. When voters with legitimate concerns look at the Conservative Party and perceive a party that doesn’t even try to understand them we can’t be surprised when they vote UKIP or vote for another party.

The Conservative Party becomes a broad church again – or, quite simply, it ceases to be the great electoral force that it once was. Forever.

The full article is available via this link: http://www.conservativehome.com/thetorydiary/2014/10/the-conservative-p…